Are Psychics Real? You May Be Shocked 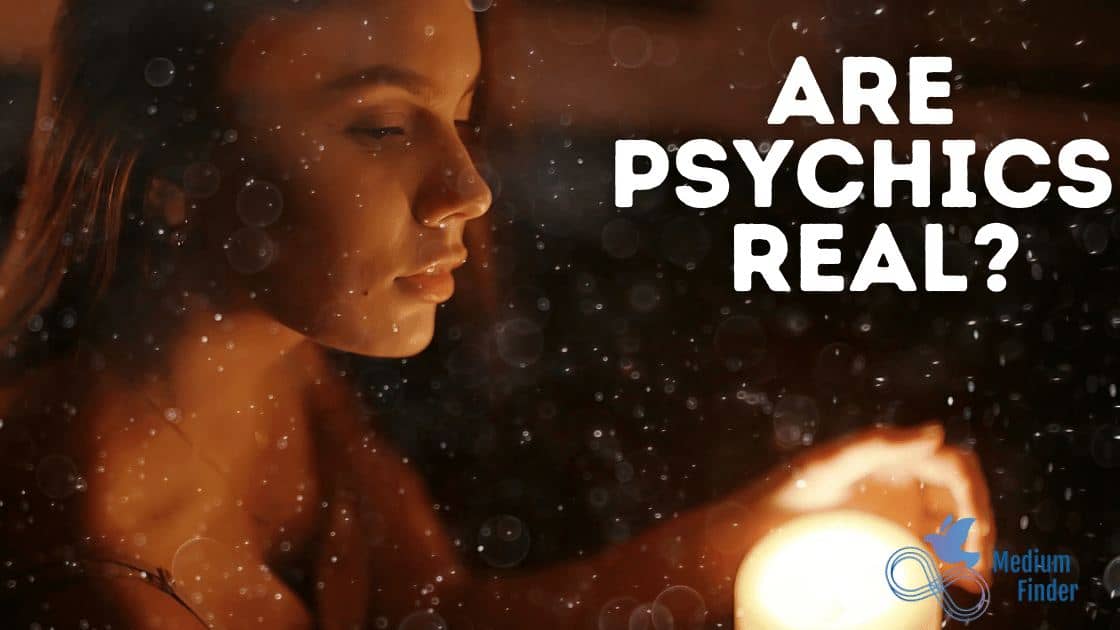 Psychics have existed since the dawn of time. They have given people advice supposedly from the spiritual realm and claimed to communicate with trees, animals, and long-deceased people since before written history.

However, with advancements in science and philosophy, skeptics have long asked:

Psychics have different names in different cultures, but the root of their existence reflects humanity's curiosity about the future.

No matter how powerful you are, there are no assurances in life, and the future is almost always uncertain.

All anyone can do is try to prepare for the future however they can—sometimes, they attempt to change the future by asking the spirits or the stars to turn destiny in their favor.

Are You Looking Ahead?

Even though people visit psychics for all kinds of reasons, getting a consultation is often a proactive or a reactive measure to a critical event in someone's life.

Nobody comes to a psychic for no good reason—just as no one visits a doctor unless they need a checkup or they are not feeling well.

People consult psychics in hopes of turning luck their way—to improve their chances on a first date or the lottery.

Alternately, sometimes they visit these oracles out of fear, such as when planning to fly on a plane for the first time, leaving them scared out of their wits.

Uncertainty can sometimes be an unbearable burden, but thanks to the seeming extrasensory abilities of psychics, clairvoyants, and mediums, people have always believed they had a chance to alleviate it.

People today can still consult psychics about anything and everything—and with the power of the internet now in the 21st century, a psychic is available 24/7 if you feel like talking.

The practices of communicating with the afterlife, extrasensory perception, and mind-reading have been subjects of study and debate within the scientific community for centuries.

Sigmund Freud, the father of modern psychology, studied psychic abilities and wrote a book about them titled Parapsychology.

He concluded that psychic powers do exist. In his theory, they come from the libido, the part of all humans responsible for the drive to create life and derive pleasure from various activities.

William James, one of America's foremost intellectuals in psychology and philosophy, was one of the most significant scientific heavyweights who studied psychics and mediums.

He was among the first people to venture into hypnosis and the subconscious, but he was perhaps best known for his work with Leonora Piper.

The two conducted séances in Cambridge, and the resulting records would become seminal achievements that skeptics, fellow philosophers, and psychologists would study well into the 21st century.

Hugo Münsterberg, one of the pioneers of applied, forensic, and industrial psychology, also took psychic phenomena seriously enough to do a deep dive into their practitioners.

He set out to discredit the charlatans of his time and purified the practice of mediumship in the process.

His academic mentee, William Marston, the creator of Wonder Woman, later published comic books that would feature characters with many psychic powers.

At the turn of the century, scientists respected psychics deeply enough to look into their endeavors and sincerely question whether there is an afterlife or if people can indeed be born with extrasensory perception.

Today, we see many people with gifted minds, and the intelligence quotients of these select few still baffle modern psychologists.

With that in mind, is it such a giant leap to propose that some people may be born with advanced levels of perception?

Even though psychic phenomena—along with the concept of faith, true love, and theism—are falling out of favor in the public mind, many celebrities, business people, and scientists still exist who take them seriously.

in 2010, Cornell University put out a study showing that humans have some psychic powers. "It took eight years and nine experiments with more 1,000 participants, but the results offer evidence that humans have some ability to anticipate the future.", says Daryl Bem, professor of psychology emeritus, who was in charge of the study.

Bem said he conducted the experiments because he believed that existing research strongly implied that precognition is real. "I went in optimistic that I would be able to find it with these experiments," he said. "After I started getting positive results, my undergraduate research team seemed puzzled by my enthusiasm and said, 'But didn't you tell us you thought these would work?'

"I said yes, but when I actually see them work, that's very different."

Why Are Psychics Not Taken As Seriously Today?

Nearly every religion in the world has a deity to which their followers ascribe control over everything.

The Judeo-Christian West is an excellent example because, even though Jews and Christians technically believe in the same God, they credit Him with different levels of control over people.

A majority of Americans say they believe that God controls everything and that He is also responsible for the proliferation of evil, which they say exists so people can live a meaningful existence.

The Role of Religion

What does this have to with psychics, you ask? People visit psychics to influence events they can't control, and they visit mediums to communicate with people who are no longer alive.

Both these practices go directly against the belief systems of mainstream religions, most notably Christianity.

This has caused many devout Christian believers to condemn psychics outright. However, throughout history, some theologians and philosophers have found ways of reconciling psychics and mediums with their religions, even though their voices have often fallen on deaf ears.

Because religion was the predecessor to science in explaining the way the world works, much of the stigma surrounding psychics comes from a combination of religious people and scientists who champion a particular worldview.

This persecution dates back centuries but came to a head in the modern world starting in the 1960s when the New Age movement gained traction.

The ensuing 1970s was when many religious groups began to condemn bands like The Beatles, The Rolling Stones, and The Ramones for suspected connections with the devil and the so-called Illuminati. It's not hard to find contemporary videos on YouTube accusing artists like Ariana Grande, Jay-Z, and Justin Bieber of the same.

Modern People "Believe in Psychics, But …"

Today, there is no clear scientific consensus on the reality of extrasensory perception or the afterlife, and people are still studying these topics daily.

In a 2002 poll, the Gallup Organization discovered that 41% of Americans believed in ESP, 31% in psychic communication and telepathy, and 26% believed in clairvoyance.

These are significant percentages in a country dominated by Christianity, but where atheism and agnosticism are on the rise—and a good sign that taking care of their spiritual well-being is still a priority for many Americans.

Even though a significant percentage of America's population believes in psychics, they are still not taken as seriously as they were in the early 1900s, for three main reasons: Hollywood materialism, persecution from religious groups, and the growing trend of cynicism.

As portrayed in Hollywood films, spirits are always violent and disturbed, most of the time serving as metaphors for economic issues. Concepts like genuine romance, optimism, and strong bonds with friends and family are also becoming obscured in the cynical American psyche.

Should You Consult With A Psychic?

Life is a series of decisions, and those decisions can lead to good or bad outcomes. By and large, you are responsible for where you end up in life, but there are still many factors you can't control.

Where you're born, the college major you choose, your religious upbringing, and your gender will all play significant roles in your life.

Now more than ever, it's essential to gather as much information about the factors influencing your life as you can before making a decision.

Below is a list of psychic abilities you may enjoy learning about before you decide to consult a psychic.

Empaths are emotionally perceptive and can root out the causes of your depression and anxiety in only a few readings.

They won't prescribe you pharmaceuticals, but they might help you get to the chief cause of your emotional problems.

Mediums can talk to the dead and sense your spiritual energy.

If you have a loved one who recently passed away and you want to hear their voice again, you might see a professional medium.

Clairvoyants have extrasensory perception through sight, clairaudients through hearing, and clairsentients through feeling.

Some psychics can give you hints about your future from a combination of all three.

People have postulated for ages that dreams are the universe's way of communicating with us.

Dream analysts can tell you about your future by decoding messages hidden in your dreams.

Remote viewers can see things and people beyond the bounds of their eyesight. If you've ever wondered what an old friend is up to these days, a remote viewer may be able to give you a status update by "seeing" him or her directly.

These psychics use tarot cards, selected from a deck where they can be arranged in an infinite number of combinations, to help you clarify what you want today, your fears, and what may be going well for you or against you in the future.

Some psychics can relay information to another person using just their minds. It's like the movie Inception but without dreaming.

Countless people in the past have benefited from the power of psychics, and there is no reason you can't also.

CLICK HERE to get a free three-minute online reading—and then you can decide if you want to continue with a psychic or medium.

Be warned: The answer to the question, "Are psychics real?" may both shock and amaze you.

Hi All, My Name is Yasmin Cunha, I was born in Belo Horizonte, Brazil but now live in New York City.   I am 3rd generation natural psychic and created Medium Finder with the sole purpose of giving you the most realistic, reliable & authentic psychic & medium experiences possible!

Thanks for stopping by!