Famous Psychics Around the World 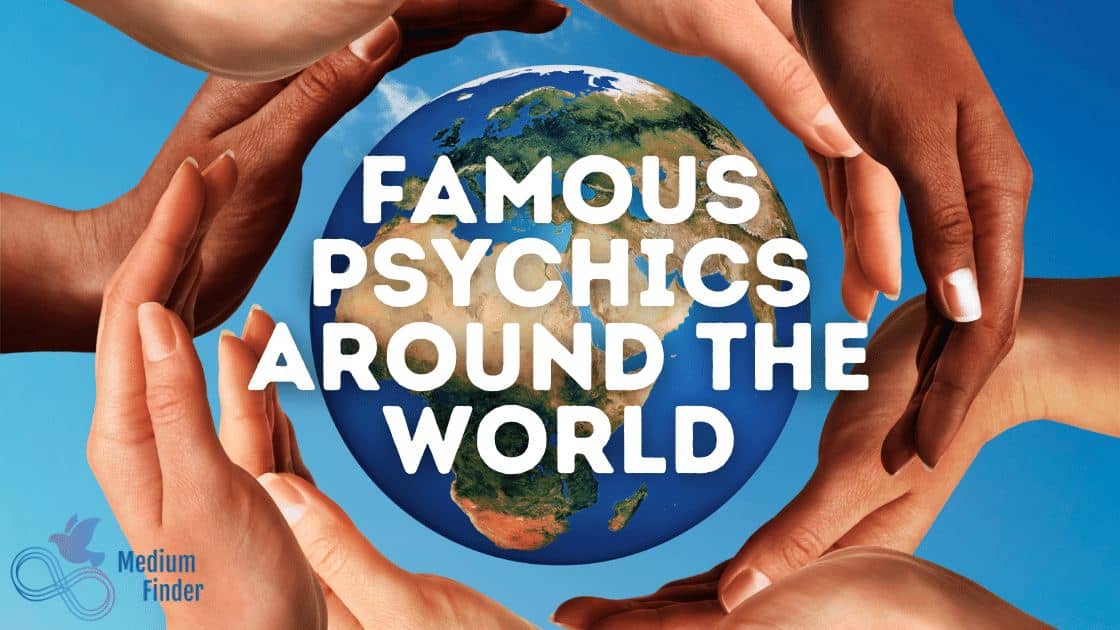 People rely on psychics to predict their future, communicate beyond the grave, or solve crimes. The world of psychic ability isn't anything new, and stories of psychic readings date back to ancient times.

Doing a psychic reading can be scary and exciting, depending on what kind of information you're seeking.

In recent times, a few psychics have made a name for themselves. You can find psychics on TV, walking around town, or on the internet—just about anywhere there are people. However, some psychics are better than others. In this post, you'll discover what a psychic is and learn about some of the most famous psychics in the world.

What Is a Psychic?

A psychic is someone who possesses supernatural abilities, perception, and influences. Two of the most apparent abilities are telepathy or clairvoyance (the ability to see into the future).

Some psychics use their powers to help people with closure, relationship problems, or financial advantages.

8 Famous Psychics Around the World

Edgar Cayce is one of the most famous psychics in the United States. He was most renowned for his ability to communicate with the "source," which gave him valuable insights into reincarnation, the afterlife, dreams, healing, nutrition, and more. Edgar dug deep into his subconscious mind and gathered visions during a self-induced sleep state.

Edgar Cayce started the Association for Research and Enlightenment, a non-profit that encourages physical, mental, and spiritual well-being, using the material he created during his lifetime.

Not only was Edgar Cayce famous among historians and psychics, but he also had a list of notable supporters, such as Woodrow Wilson, Irving Berlin, and Thomas Edison.

Sally Morgan is a British psychic and stars in her own show, The Sally Morgan Show. Without a doubt, she is one of the most famous psychics throughout the United Kingdom. She's a regular contributor to publications like The Saturday Express, OK!, and Now.

As a result of her TV success, she's now one of the most recognizable psychics throughout the country. Her book, "My Psychic Life," was on the UK bestseller list within the first week of its release.

Sonia Choquette is a spirit reader from the United States whose primary focus is using her psychic abilities to spread love and positivity. One of her best-selling books, "Diary of a Psychic," is a great read and digs deep into what it's like being a psychic spirit reader.

Not only is she a best-selling author, but she also has a Ph.D. in metaphysics and is a private consultant for various celebrities. Sonia doesn't necessarily solely focus on "reading the future." She believes in helping people discover their soul path so that they can live the best life possible.

Nostradamus was a French astrologer who had several accurate predictions, and these prophecies earned him several loyal followers.

He is responsible for predicting numerous catalytic events throughout history, including:

His publications are world-famous. Many of his prophecies were so accurate, people started to question the role politicians and other influential figures have on the significant events that happen in our society.

Terry and Linda Jamison are psychic identical twins from the United States. Over the years, their work has been published in various news outlets, and the twins are most known for predicting the September 11th terrorist attacks.

You might have seen them on a few talk shows, such as The View and the Tyra Banks show.

Terry and Linda also report that they've worked directly for the Pentagon. They've also authored two books, "Separated at Earth: The Story of the Psychic Twins" and "Psychic Intelligence: Tune in and Discover the Power of Your Intuition."

Doreen Virtue isn't exactly famous for being a psychic, but her intuition was strong enough to get her a spot on this list. She's most known as being the "Angel Lady" since a lot of her work was doing angel therapy via angel card readings.

Doreen has had the gift of clairvoyance since she was a child but didn't start to utilize her abilities until 1995. She's written over 50 books in her career, been on numerous television shows, and currently has a massive following on social media.

Shed used to do more private readings, but now she focuses on writing and public speaking to reach a broader audience.

In addition to her writing, Caroline also produces numerous visual and audiotapes covering a wide array of topics, including medicine, nutrition, spirituality, and archetypes.

Jeane Dixon was, at one point, one of the most popular physics in the United States. She learned of her abilities at a young age and went on to author seven books. In her prime, Jeane had a viral newspaper column that contained her astrological readings.

Former President Richard Nixon used to follow her predictions via his secretary, and Dixon was even invited to the White House in 1971.

She was offered a position in the United States’ counter terrorism unit because of her successful prediction of the Munich Terrorist attacks.

These are the eight most famous psychics around the world. Not all psychics have the same skills, and that's the beauty of it. Each psychic has unique abilities to help, heal, and encourage people they read.

If you're looking to have a psychic reading done, click the button below for a free three-minute reading with a leading psychic.

Now is your chance to learn more about yourself and discover some useful information regarding your future.