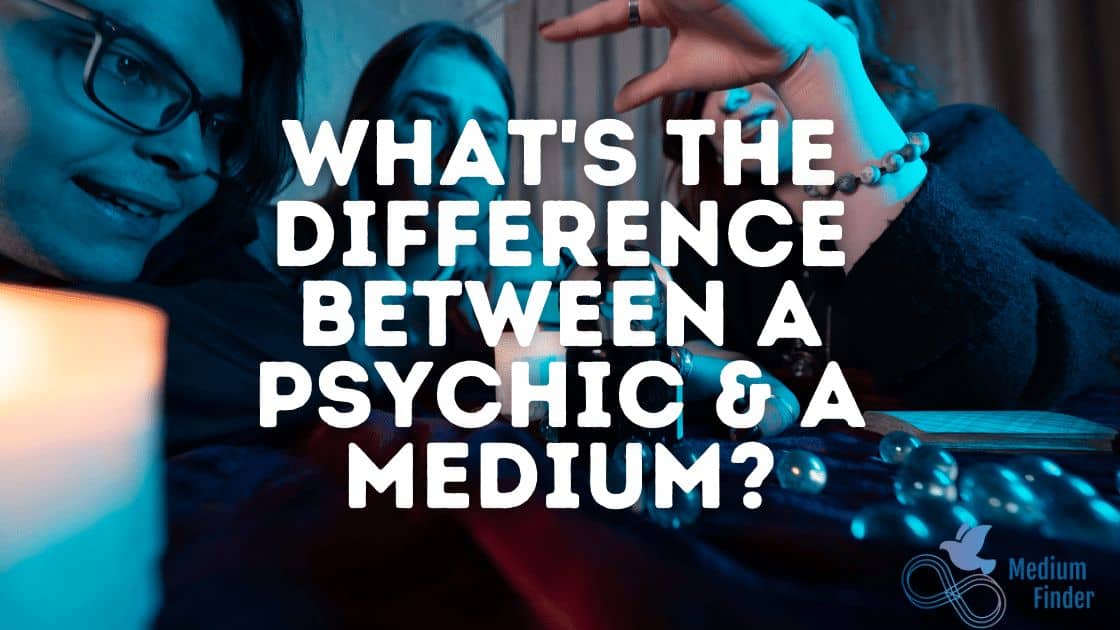 Since the dawn of man, humans have always wanted to look ahead and prepare for the future.

This impulse is the driving force behind the world's most destructive wars, scientific advancements, and evolution in spirituality.

It's natural for people to be curious about tomorrow's events and whether they can shape or influence the future for their benefit.

In the old days, people consulted witch doctors and faith healers to cure their ailments, and unfortunately, these have become synonymous with psychics and mediums in the public mind today.

Modern medicine has discredited most of the practices of these supposed "doctors," and the courts have determined some of their methods dangerous enough to outlaw.

Many people don't realize that fortune-telling and talking to sentient agents in the afterlife are metaphysical practices entirely different from what faith healers do.

While debate still rages about to what degree the spirit world can influence the physical, we can all be sure of one thing—men and women are more than just mere atoms, cells, and muscle fibers.

We have souls and consciences that come from a place that defies human understanding. If that place exists and is the source of all souls, then it stands to reason that some people might be able to contact it for advice and guidance in the physical world.

Skeptics are quick to question these two professions because they work with the metaphysical realm, a dimension where the primitive physics of our universe doesn't apply.

However, when an autocorrect suggestion pops up on their phone, they may believe in its reality with no questions asked, even though they're ignorant about the ones and zeroes that drove that word onto their smartphone screens.

Dealing with psychics and mediums works the same way. It requires a certain amount of faith to take them seriously, but, like the autocorrect function on your phone, they aim to help you walk through life by making their best estimates about your future.

These estimates come from a place ordinary people can't access.

Psychics and mediums are professionals who follow a discipline that's existed for thousands of years, but just how different are they from each other?

What is a Psychic?

Modern science has reduced the human experience to the events, people, and objects that we can detect with our limited senses.

Even though we can't hear things, like the sonars of bats and dolphins, nor can we see spectrums of light—such as radio, x-ray, and gamma-ray beams—we can stick to science's reductionist philosophy by making devices that detect them.

However, many things that are humanly impossible to prove still remain, such as the reality of the past. You have no objective way to prove that the stories of your childhood are real, or even that yesterday truly happened because your memories could be fake.

What's more, the objectivity of our sense of reality has come into question, with movies like "The Matrix" and shows like "Rick and Morty" challenging what we believe to be real.

Being a psychic is merely having a heightened perception of things. It doesn't always mean that one can see your future, talk to the dead, or know the meaning behind the squiggly lines on your hand.

A psychic is just someone who can sense things that an ordinary person can't.

Psychics believe and participate in a metaphysical reality full of strange elements that science can't put on a periodic table and events that follow no logical pattern.

An empath is a psychic who is extraordinarily receptive to the emotions of other people.

They can feel depressed, angered, or overjoyed for no apparent reason as they take on the feelings of others.

Able to understand the seemingly irrational behaviors of other people, empaths can be ultra-picky about the kinds of folks they hang out with, as well as the types of rooms they enter.

Clairvoyance translates to "seeing clearly" in French, and that is just what clairvoyants do. They have highly refined observational skills that they can use to see things about you that an average person can't.

They can pick up on small habits that you didn't know you have, and then they can drill down on the root causes that trigger feelings of anxiety, loss, or anger.

Fortune tellers encompass a broad range of psychics, and they're what people imagine when they hear the word "mystic."

A few practice astrology, and a few use crystal balls, but most fortune tellers are adept at reading palms, tarot cards and oracle cards.

Their goal is to help you prepare for your future, which might not always be pretty.

What is a Medium?

With movies like "The Conjuring" and "Insidious" telling people that communicating with the dead is an ugly affair, clients these days can be scarce for a medium. It's unfortunate because mediums are the most developed of all psychics, and their perception transcends the physical plane.

Mediums are psychics that:

All mediums are psychics, but only a few psychics can call themselves mediums.

If a psychic relies on sensing the spiritual energy around a person, like their invisible auras and chi, instead of observing fluctuations in their emotional and mental states, that psychic is a medium.

If a psychic can talk to the dead and paint an accurate picture of your past, present, and future, that psychic is also a medium.

Compared to clairvoyants, empaths, and fortune-tellers, mediums engage the world of spirits to achieve clairsentience, clairvoyance, clairaudience, and claircognizance.

People come to mediums when they need help with moving on from a loved one's death, or if they feel like an unworldly entity is disturbing them.

At Medium Finder, we'll connect you to real psychics and mediums online.

We have specialty areas, such as relationships, careers, academics, and many more, so you'll know that your psychic's advice is credible and that we've dealt with problems like yours before.

You can chat with us if you need advice immediately, or communicate with us via email, to get a free three-minute reading.

Discover why Medium Finder has earned the trust of thousands of people worldwide. Click below to get your free psychic (or medium) reading today.

Yasmin was born in Belo Horizonte, Brazil but now lives & spends her time in New York City. She was Born a 3rd generation natural psychic and created MediumFinder with the sole purpose of giving you the most realistic, reliable & authentic psychic & medium experiences possible! 😊🙏 You Can Read Her Other Posts Here.