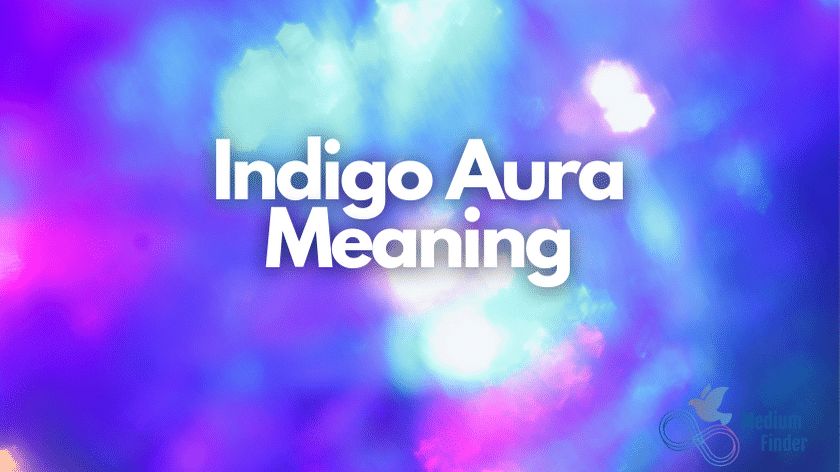 If you are curious about the Indigo Aura Meaning, then read on!  Are you often told that you have an old soul? If so, your aura may be indigo!

By the end of this article, you're going to:

While others may mistakenly call them fearless, they have no desire to take part in risk-seeking behaviors. Instead, they are courageous and are willing to face their challenges and fears head-on.

An innate understanding of life and how the world works:

From a young age, they tend to understand how the world works, without needing to be taught about different concepts, like other children.

They have a deep, quiet wisdom and a lot of knowledge about the world, they are often referred to as having old souls.

For example, while toddlers usually go through a period of being selfish and have to learn how to consider others' feelings, those with indigo auras already grasp the importance of considering others' feelings. 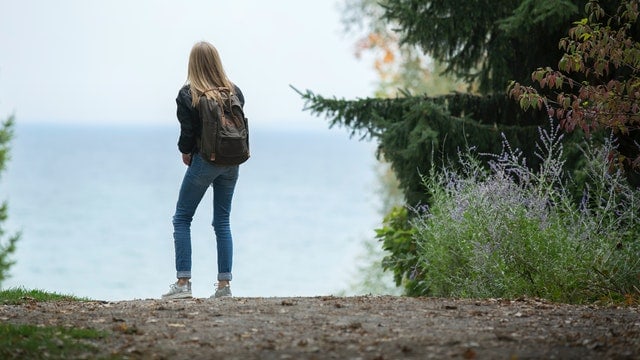 They are often seen as being lone wolves as they genuinely enjoy experiencing the world and connecting with their higher self without any distractions.

They are the type of people who relish going for long walks alone and book solo trips around the world.

Another reason why they tend to spend a lot of time alone is that they are often misunderstood by others who may sense that there is something different about them or otherworldly about them.

While most people simply accept the status quo of how the world is, they are independent thinkers and have no issue challenging outdated concepts which need to be challenged for the good of society.

For example, they won't think twice before speaking up for women's rights or the rights of minority groups.

Even if their views aren't shared by the majority, they will hold on to their beliefs. While other people may feel more comfortable adopting the beliefs of those who are currently in power.

Many spiritualists believe that they are here to usher in the dawn of a new age where peace and harmony are the main goals of society.

Sometimes they may feel down about the injustices which still exist in the world.

They simply can't understand how reluctant many people are in society to cling on to old outdated ways of thinking and behaving when it's possible for the world to become a far more loving and supportive place to live.

Those with other Aura Colors often see them as having a strict moral code.

However, those with indigo auras don't place the expectations which they put upon themselves, onto others.

Instead, they try to lead moral lives and to act with compassion and love, in order to inspire others to be kinder. As they believe by leading by example.

As a group, they tend to be highly sensitive and have great difficulty understanding why people make rude or unsupportive comments to each other.

While they are sensitive they are also self-assured and confident and will stand up for themselves and others, if they find themselves or someone else is the target of hateful speech.

Every action they take has a specific purpose and a deeper meaning. For example, they are unlikely to have one-night stands as they prefer deeper more emotionally intimate connections.

As another example, they are likely to choose a career path that will allow them to make a difference in the world and are unlikely to work for a company whose morals don't align with their personal beliefs.

When it comes to friendships, they are selective and will only befriend like-minded people who have pure hearts and are interested in making a lasting difference in the world.

They have the ability to quickly obtain new information and tend to excel at every activity and skill which they practice.

As examples, they often can teach themselves to play musical instruments and excel at sport as well as at academics.

They may even pick up challenging topics such as physics with ease.

They are gifted with psychic abilities which they can use in order to help raise the world's collective consciousness.

In many cases, people in this group choose to become professional psychics.

In order to help individuals receive channeled messages which will help them find faith in themselves and to pursue their soul missions.

One way in which they connect with their higher selves and gain valuable psychic insights is by lucid dreaming.

If you can frequently remember your dreams, it's well worth keeping a dream journal. By having one, you'll be able to jot down any psychic insights which you get from your dreams as soon as you get up in the mornings!

Connection to higher planes of consciousness:

Furthermore, some individuals believe that these individuals can connect with the wisdom of the spiritual world and higher planes of consciousness through quiet, focused meditation.

So if you identify with all of the key personality traits which have been outlined above, it's well worth learning how to see your aura as it's highly likely that you may have an indigo aura.

If so, you're a gifted, intuitive person who has the potential to increase the collective consciousness of the world and to bridge the gap between the 3D physical world and the 5D spiritual world.

How To See Auras (7 Ways To See Energy & Colors)

How to Open Your Third Eye INSTANTLY